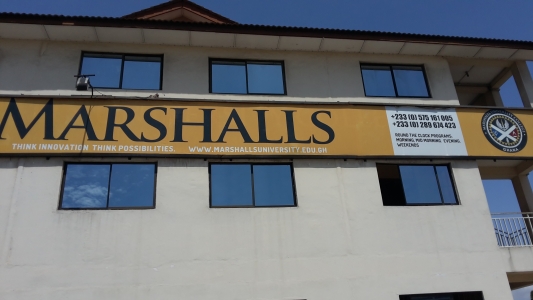 Marshalls University College has announced the completion of its state-of-the-art five-storey multi-purpose facility on its Odorkor campus in Accra. The successful completion of the facility could not be timelier as the Institution boosts its academic work structure by introducing more extensive and demanding theoretical and hands-on programmes to add greater value to the unique Marshalls University College educational experience.

Mr. Mike Arthur, the Vice President of Marshalls, had hitherto announced in January that the institution was hopeful of opening the facility at the end of April, and the successful completion of the facility will serve as a testament of Marshalls’ commitment to timeliness and authenticity. Since the inception of the college in September 2012, Marshalls has established a reputation for excellence, promptness and a knack for honouring her promises.

On the structure itself, huge investments were made to establish an edifice with various ultra-modern structures. It houses various facilities including a plush students’ suite, theatres and studios, administrative and faculty office structures, and a mini-conference room. There are also faculty suites and state-of-the-art lecture halls. The eight new lecture halls, all fully furnished, have been designed to be noise-proof with modern ventilation mechanisms and such contemporary learning tools as smart boards and monitors set to improve the efficiency of teaching and learning.

The whole site area is wired with accessible internet connectivity, and there are well-furnished washrooms on each floor, while at the base of the block is a projected mega Information centre consisting of a library, reference and research unit on the ground floor. There is also a secure and spacious car park, a mini food court and an office structure for the Marshalls Media unit.

The need for a facility such as this became necessary as the institution revamped its academic structure to sync with the demands of world class academic standards. Apart from the conventional academic provisions, the five-storey multi-purpose edifice would amongst other things allow for in-house conferences, seminars and forums. It would also have an office for the Marshalls Association of Students’ Affairs, the student government body of Marshalls. The office of the Media Unit would be the work area for all activities of the Marshalls Online Radio and the Marshalls Business Journal.

The completion of the Marshalls ultra-modern multi-purpose facility is only a tip of the iceberg for a busy 2015 at Marshalls. Various activities, initiatives and events have been planned for the year as Marshalls hopes to follow a detailed blueprint in all areas of education to achieve our vision of being an Ivy League Institution in the shortest possible time. Marshalls intends to utilize as many facilities, learning tools and resources as possible and exploit optimized mechanisms in teaching and learning in the provision of a quality, rewarding educational experience.

Already, Marshalls has set an enviable landmark in academia after becoming the first academic institution in Ghana to be listed on the Stock Exchange and the second on the African continent. Recently, Marshalls announced the enrolment of Professor Emeritus Dick Rosecky on to its faculty. Professor Rosecky is an Emeritus of the Pennsylvania State University, one of the world’s Ivy League institutions. The synthesis of recent events, distinguished personnel in academia and world class learning resources combined with the provision of the new five-storey multi-purpose state-of-the-art learning facility is set to drive Marshalls towards the realization of academic distinction. 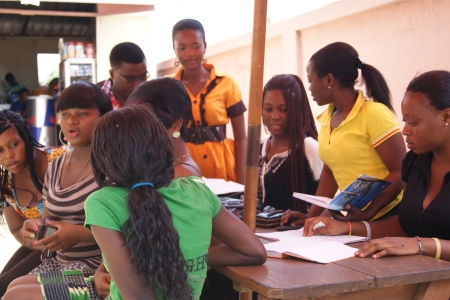 About fourteen [14] individuals were honoured for their various contributions to student l...
Read More
LUNCH-LABORATORY HELD FOR MARSHALLS CAUC...
Date: 05/03/2017 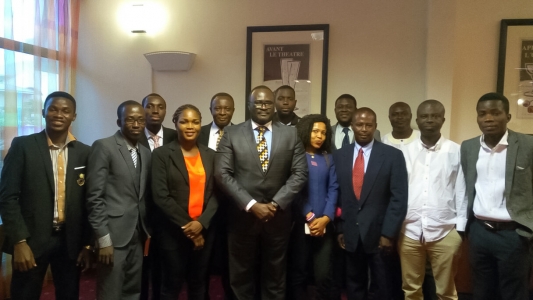 Marshalls held a Business Lunch meeting for heads and representatives of all caucuses of t...
Read More